BY YOUR SIDE. YOUR ADVOCATE. THROUGH THE COURT PROCESS. 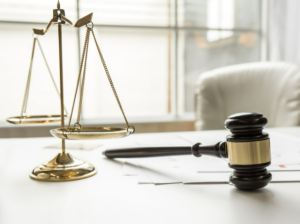 Often, the judicial process can be confusing and frightening, but it doesn’t have to be! Mary’s Place has a survivor advocate ready to support and assist you through whatever legal action you may decide to take. This advocate is not an attorney, but is able to provide information and encouragement every step of the way.

The following information is an abbreviated outline of what to expect after an attack is reported to the police:

The crimes of rape, attempted rape, child molestation, and incest are classified as felony cases under Georgia law. A felony is a serious crime, usually punishable by prison for a period of more than one year. Most sexual assault cases involve the following steps through the criminal justice system:

Arrest - a warrant (the document giving police the authority to arrest) must be issued by a judge.

Typically within one month after the arraignment, a preliminary hearing is held. Witnesses will be subpoenaed to appear, including the victim. After listening to the testimony, the judge decides if there is probable cause for the case to go to a higher court. Once this occurs, misdemeanors (less serious offenses) are sent to State Court, and felonies (more serious crimes) are sent to Superior Court.

After the preliminary hearing, the case is assigned to an Assistant District Attorney (ADA), followed by a Grand Jury Hearing. The ADA then subpoenas witnesses to testify in front of 23 Grand Jurors, who will decide if there is enough evidence to indict (formally charge) the defendant. This hearing is conducted in private, and neither the defendant nor his attorney are present.

A calendar call occurs once the defendant is indicted by the Grand Jury. During this hearing, the defendant or their attorney appears before the judge to indicate whether they plan to plead “guilty” or ask for a jury trial.

If the defendant chooses to plead, a pleas hearing is held. If a “guilty” plea is entered, the judge may sentence the defendant then or at a later date.

If the defendant pleads “not guilty” and requests a trial by jury, a pre-trial conference is usually the final step before going to trial. During this, both attorneys appear before the judge and a tentative trial date is set.

Are You A Witness?

Legally as a survivor of a crime you are considered a witness for the state. You do not need to have a lawyer. The District Attorney’s office will handle the prosecution of your assailant. The Assistant District Attorney handling your case will answer any legal questions you may have once the case has been bound over to Superior Court. It is important for you to stay in close contact with the District Attorney’s office or your Mary’s Place advocate so that you are informed and know when your presence is needed. Be sure to contact them if you change your address and/or phone number so they will be able to get in touch with you when needed.